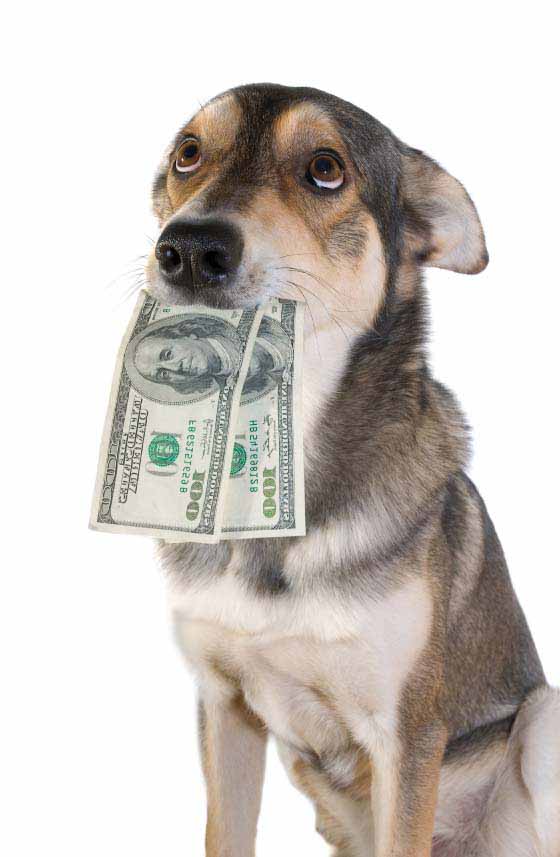 Is every dog really entitled to "one free bite?" Can you sue the owner of a barking dog or a cat that scares away the birds? Can you leave money to your pet through a trust? These are just a few of the most common questions people have about animals and the law. Let's take a quick look at the basic rules and then apply them to some common situations.

Pets are property. The law doesn't prescribe what animals may not do, only what people may not do. You can't sue an animal, only its owner. You can't give money to an animal either (see below).

Bites. The "one bite rule" for dogs is based on the fact that, unlike some animals, dogs don't normally bite people. Under the traditional rule an owner of a lion or a snapping turtle would be responsible if it bit anyone, but a dog owner would not be as long as the dog had never bitten anyone before. An owner of a cow was liable if it trampled crops, but not if it bit someone. And so on. Today, some courts have abandoned the rule and some states have passed a law to change it. Some of the new laws apply just to dog bites; others are broader.

Damage to property. Traditionally, a dog owner was unlikely to be held responsible for his dog's digging up a neighbor's garden or chewing up his furniture, or for causing an accident by chasing cars or running into the street unless the owner knew his dog tended to do such things. Today, an owner may well be liable in all these situations. Homeowner's insurance would probably cover amounts over the policy deductible.

Injury to pets. In theory, you can sue someone who kills or injures your pet, but in practice it's seldom worthwhile. You can only recover the amount of the vet's bill for injuries or the market price of the pet for its death. Since the real value of the pet is sentimental and you can't recover for that, suing seldom makes financial sense. In addition, you have to show that the person doing the harm was negligent. That is difficult in the typical case of a driver hitting a dog or cat. The driver who says the animal "darted out in front of the car" or that traffic precluded any avoidance maneuver is hard to refute.

Barks. An incessantly barking dog is considered a nuisance. In most places "maintaining" a nuisance either violates a local ordinance or is a misdemeanor. This means you can file criminal charges against a dog owner who lets his dog bark for long periods. Barking dogs, and complaints about them to the police, can really arouse a neighborhood (pun intended), so be sure to complain to the owner yourself first, if you can. Sometimes a dog only barks when its owner is gone, so he might be unaware of the problem.

However valuable a good night's sleep might be, it is hard to sue successfully for being kept awake.

Leaving money. Everyone's heard of the recluse who left millions to her cats or his old dog. It is always a problem, because pets are property and can't own property themselves. You can leave your pet to someone in your will, and you can leave money to a person to care for your pet, but you can't leave money to the pet. What about a trust? People have left money in trust for the care of a pet, but it's not the solution you might think. The beneficiary of a trust is considered the owner of rights in the trust. A beneficiary must be able to sue to enforce trust provisions. Pets, as property, can neither own interests in a trust nor sue to enforce those interests. The trust will only work if your survivors, recognizing your intentions, do as you wish. You are dependent, with or without the trust, or their goodwill.

If you have questions, please contact us for more information relating to your particular circumstances.