New Jersey prohibits texting and use of handheld cell phones for all drivers. Novice drivers are prohibited from all cell phone use.

All drivers are prohibited from using handheld cell phones except if: (1) The operator has reason to fear for his life or safety, or believes that a criminal act may be perpetrated against himself or another person; or (2) The operator is using the telephone to report to appropriate authorities a fire, a traffic accident, a serious road hazard or medical or hazardous materials emergency, or to report the operator of another motor vehicle who is driving in a reckless, careless or otherwise unsafe manner or who appears to be driving under the influence of alcohol or drugs.

If handheld cell phones are prohibited, then what’s permissible? Here are the common options: 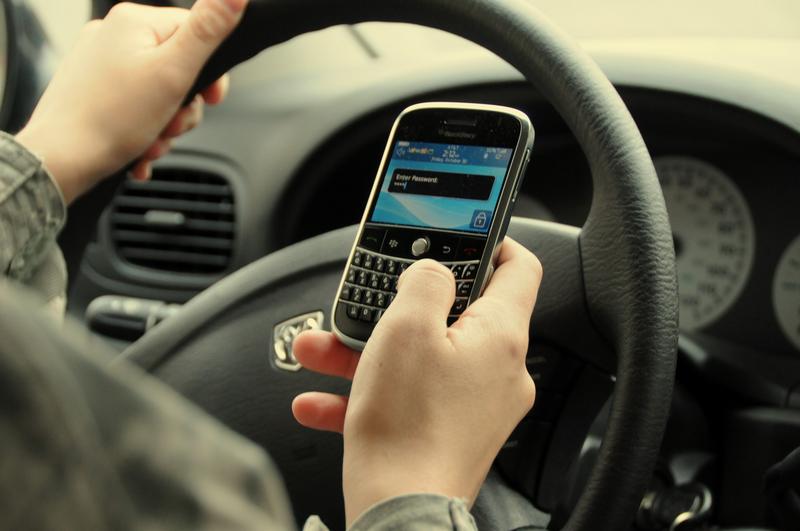 Abstinence (don't use a cell phone while driving)

Use a bluetooth wireless device

Use a wired headset

Drivers under the age of 21 with learner’s permits or probationary licenses are prohibited from using all cell phones, texting devices and other hand-held or hands-free wireless electronic devices while driving (this includes MP3 players, video games, and similar devices).

All drivers are prohibited from texting while driving.

Bus drivers are prohibited from using handheld cell phones and from texting.

How is it Enforced?

The fine for violating New Jersey’s cell phone or texting laws is $100. New Jersey’s cellphone and texting laws are considered “primary” laws. A primary law means that an officer can pull you over for the offense without having to witness some other violation. That is, the officer sees you texting and issues a citation.

In what is the first known instance in the country of a court finding a basis for texter liability for accidents, a New Jersey state Superior Court judge dismissed claims against a texter, who had argued that her texting played no role in the crash that injured the defendants. The plaintiffs in Kubert v. Best sued the texter and her boyfriend, blaming her texting in part for his crash on Sept. 21, 2009, that injured them.

In late August New Jersey appeals court ruled in a case of first impression that "the sender [of the text] has knowingly engaged in distracting conduct, and it is not unfair also to hold the sender responsible for the distraction." While the texter in this particular case was not found liable, (the judge agreed with the argument that she had no duty of care to the defendants) the New Jersey Court of Appeals said that a texter has a duty to refrain if the person knows the recipient is driving and likely to read the message.

What might this case mean? Although I cannot speak to any possible changes to the law that New Jersey lawmakers may propose in the wake of this case, it is obvious that the courts have now approved at least the filing of lawsuits against texters who are not the operators of vehicles. Allow me to share a brief conversation I recently had on Facebook with friend who had a question about this case:

Kimberly Exactly how are you supposed to know someone is driving!

Joseph A. Rutigliano Good question; thank you for asking. Imagine this scenario:

Kim (who is not driving): <to her sister Danielle who is driving> “Hi sis, what are you up to?”

Now Danielle strikes a vehicle or a pedestrian while reading your second text. You might find yourself involved in a lawsuit for distracting Danielle, who in turn, injured someone.

It appears the courts have said that if you know someone is operating a motor vehicle you should not text them or you may possibly open yourself up to liability.

Kimberly Well Danielle should not be reading and answering my first text anyway in that scenario!

Joseph A. Rutigliano That is true as well. Guess what, you'll likely both be named as defendants. Unlike Danielle, however, whose auto insurance carrier will likely provide her a defense and a lawyer, you will most likely be on your own - both in terms of hiring counsel and paying out any potential settlement or judgment. So be careful, think twice and call me should you have any questions.

For safety’s sake, and also to avoid any possible liability, don’t text and drive; also don’t text someone you know is driving. Should you have any questions or wish to discuss any legal matter, please contact my office at 201-850-1100.