What Are Advance Directives and Why They May Be Im

What is an advance directive? 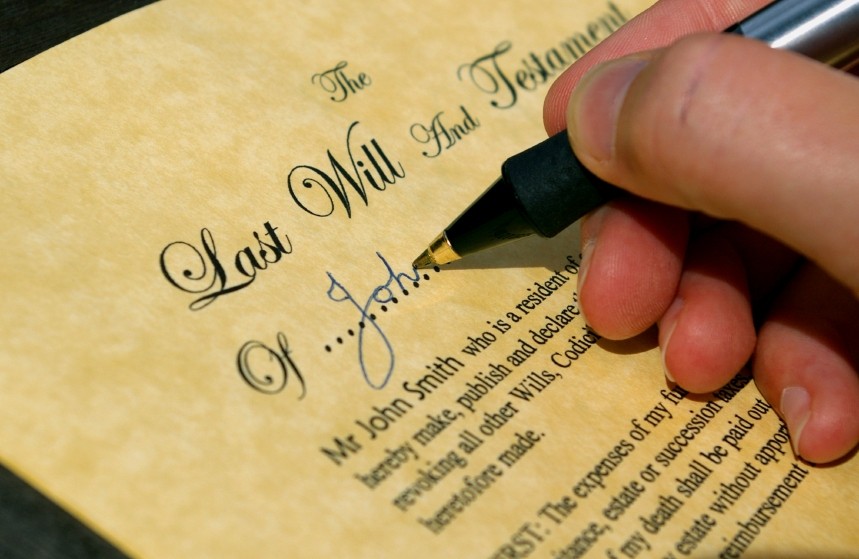 An advance directive is a document that allows your doctor to understand what kind of care to give you if you become unable to make medical decisions.  This can be done by a living will – a document that allows your actual wishes to be known, and by health care power of attorney – whereby a person is designated by you to make decisions for your care.  Keep reading for more information.

What is a living will?

A living will should not be confused with a living trust, which is a mechanism for holding and distributing a person's assets to avoid probate.  It is important to have a living will as it informs your health care providers and your family about your desires for medical treatment in the event you are not able to speak for yourself.

Generally, a living will describes certain life prolonging treatments.  You, the declarant, indicate which treatments you do or do not want applied to you in the event you either suffer from a terminal illness or are in a permanent vegetative state.  A living will does not become effective unless you are incapacitated; until then you'll be able to say what treatments you do or don't want.  It is usually required that a doctor certify that you are either suffering from a terminal illness or permanently unconscious before a living will becomes effective as well.  This means that if you suffer a heart attack, for example, but otherwise do not have any terminal illness and are not permanently unconscious, a living will does not have any effect.  You would still be resuscitated, even if you had a living will indicating that you don't want life prolonging procedures.  A living will is only used when your ultimate recovery is believed to be hopeless.

For situations where you are incapacitated and therefore not able to speak for yourself, but your health is not so dire that your living will becomes effective, you should have a health care power of attorney or health care proxy.

What is a health care power of attorney?

Can I change my advance directives?

You may change or cancel your advance directive at any time, as long as you are considered of sound mind to do so.  Being of sound mind means that you are still able to think rationally and communicate your wishes in a clear manner.  Your changes must be made, signed and notarized according to the laws in your state, so be sure to consult an attorney.  Make sure that your doctor and any family members who knew about your directives are also aware that you have changed them.

Do I need both bocuments?

What happens if I don’t have any advance directives?

All too often, family members — spouses, parents, siblings, and adult children — do not know the wishes of their loved ones regarding treatment and medical decisions during a time of crisis.  This creates a situation where your wishes may not be followed since they are unknown.  The lack of these documents may also give rise to a situation where different family members have opposing opinions as to what medical treatment you should receive – either because they don’t know your wishes or simply don’t agree with them.  For example, think about the case of Terry Schiavo.

In 1993 Terri Schiavo was diagnosed as being in a persistent vegetative state.  Her husband, as her guardian, had entered a do not resuscitate order for her.  This decision resulted in opposition by Terri's parents.  Eventually the Florida courts determined that Terri would not wish to continue life-prolonging measures.  Terri’s feeding tube was removed in 2001 and then reinserted several days later as legal decisions were made; increasing media attention led to involvement by politicians and advocacy groups, including members of the Florida Legislature, the United States Congress, and then President of the United States George W. Bush.  Then President Bush soon signed legislation designed to keep Terri alive, making the case a major national news story.  In all, the Schiavo case involved 14 appeals and numerous motions, petitions, and hearings in the Florida courts; five suits in federal district court; Florida legislation struck down by the Supreme Court of Florida; a subpoena by a congressional committee to qualify Terri for witness protection; federal legislation (the Palm Sunday Compromise); and four denials of certiorari from the Supreme Court of the United States.  The local court's decision to disconnect Terri Schiavo from life support was carried out in March of 2005 after years of debate and legal proceedings.

So to recap, these documents are referred to as advance directives.  A document that lists your choices for acceptable and unacceptable measures of artificial life support is called a living will.  A document naming a person appointed by you to make decisions for you is called a health care proxy or health care power of attorney.  You may change or cancel your advance directive at any time, as long as you are considered of sound mind to do so.  In the event that you become sick and cannot speak for yourself, decisions regarding your health care will be made by someone else, usually a family member.  Without an advance directive your wishes may not be known or taken into account.

None of these documents will do you any good if no one knows about them.  You should make several copies of you advance directive and you must talk to your doctor and the person you designate as your health care proxy.  Discuss with your doctor what kinds of end of life medical treatments you want.  He or she can help you by answering any questions you have about certain treatments.  Once you've decided what it is you do or don't want, make sure you have a legal document spelling out your wishes and make those wishes known to your doctor and your family.  You should also ask your physician to make your advance directive part of your permanent medical record. Without a copy of your advance directive, it cannot be used as a guide for your treatment.